God loves killing children, but he wants you to believe that other gods love it more. In doing this, he is attempting to assert himself as the less blood-thirsty of your options. But, I’m not buying it. Here’s why: In the midst of all this child killing going on throughout the bible, god says this:

” When the Lord your God cuts off from before you the nations which you go to dispossess, and you displace them and dwell in their land, take heed to yourself that you are not ensnared to follow them, after they are destroyed from before you, and that you do not inquire after their gods, saying, ‘ How did these nations serve their gods? I also will do likewise.’ You shall not worship the Lord your God that way; for every abomination to the Lord which He hates they have done to their gods; for they burn even their sons and daughters in the fire to their gods. Whatever I command you, be careful to observe it; you shall not add to it nor take away from it.” Deuteronomy 12:29-32 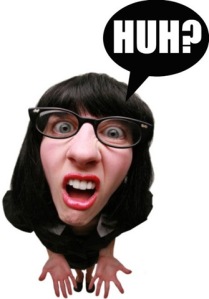 He is using the example of burning children to convince people that other religions/gods are bad; a fear tactic, if you will. And yet, god himself is guilty of this very action. He has allowed it and even welcomes it as a tribute and offering. I give you the story of Jephthah:

” And Jephthah made a vow to the Lord, and said, ‘If you indeed will deliver the people of Ammon into my hands, then it will be that whatever comes out of the doors of my house to meet me, when I return in peace from the people of Ammon, shall surely be the Lord’s and I will offer it up as a burnt offering.” Judges 11:30-31

God holds up his end of the bargain, so…

” When Jephthah came to his house at Mizpah, there was his daughter, coming out to meet him with timbrels and dancing; and she was his only child. Besides her he had neither son nor daughter. And it came to pass, when he saw her, that he tore his clothes, and said, ‘Alas, my daughter! You have brought me very low! You are among those who trouble me! For I have given my word to the Lord, and I cannot go back on it.’ So she said to him, ‘My father, if you have given your word to the Lord, do to me according to what has gone out of your mouth, because the Lord has avenged you of your enemies, the people of Ammon.’ Then she sad to her father, ‘Let this thing be done for me: let me alone for two months, that I may go and wander on the mountains and bewail my virginity, my friends and I.’ So he said, ‘Go.’ And he sent her away for two months; and she went with her friends, and bewailed her virginity on the mountains. And it was so at the end of two months that she returned to her father, and he carried out his vow with her which he had vowed. She knew no man.” Judges 11:34-39

So… how is this offering of a burnt child any different from the offerings to the other gods he warned his followers about? Oh, that’s right- it’s not. 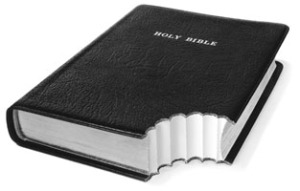