Here is another one of my most favorite Bible stories. It is called, “A Demon-Possessed Man Healed” and it is found in the fifth chapter of the book of Mark. Enjoy.

“Then they came to the other side of the sea, to the country of the Gadarenes. And when He had come out of the boat, immediately there met Him out of the tombs a man with an unclean spirit, who had his dwelling among the tombs; and no one could bind him, not even with chains, because he had often been bound with shackles and chains. And the chains had been pulled apart by him, and the shackles broken in pieces; neither could anyone tame him. And always, night and day, he was in the mountains and in the tombs, crying out and cutting himself with stones.”

It sounds to me like this poor guy needs some serious help but, instead of helping him, the people of this country have attempted to bind him with shackles and have condemned him to live with the dead instead. Remind me never to visit the country of Gadarenes.

“When he saw Jesus from afar, he ran and worshiped Him. And he cried out with a loud voice and said, ‘What have I to do with You, Jesus, Son of the Most High God? I implore You by God that You do not torment me.'”

So, this man knows who Jesus is and is instantly able to recognize him, yet the first thing out of his mouth is a plea for Jesus not to hurt him? Now why would he think that Jesus would do a thing like that, I wonder? Could it be because demons were allowed to take refuge in his body?

“For He said to him, ‘Come out of the man, unclean spirit!’ Then He asked him, ‘What is your name?’

And he answered, saying, ‘My name is Legion; for we are many.’ Also he begged Him earnestly that He would not send them out of the country.

Now a large herd of swine was feeding there near the mountains. So all the demons begged Him, saying, ‘Send us to the swine, that we may enter them.’ And at once Jesusgave them permission. Then the unclean spirits went out and entered the swine (there were about two thousand); and the herd ran violently down the steep place into the sea, and drowned in the sea.”

Whoa, whoa, whoa… hold on a minute. Jesus grants permission to demons that beg? These demons don’t want to be deported so, instead, Jesus listens to their pleas to enter the pigs and then he proceeds to kill them all off? Why not just expel the demons and kill them there, in thin air? Why did the poor pigs have to die, too? Wouldn’t killing all the pigs be incredibly detrimental to the welfare of the community he was in? And, I know seas tend to be pretty big, but wouldn’t the water be dangerous to drink with all the thousands of pig corpses in it? Did Jesus really decide that potentially starving an entire population to save one man’s life and to appease the pleas of some demons was the best decision in that circumstance? Keep in mind, this is the same man who supposedly cured a leper, who brought a little girl back to life, who made a blind man see and a paralyzed man walk. This is the same guy that turned water into wine, fed thousands with only a few fish and a couple of loaves of bread. 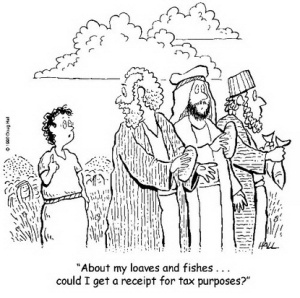 He walked on water and calmed the raging storms at sea and now he can’t even expel a bunch of demons without causing detrimental harm to others in the process? Really?! There was no other way?!

“So those who fed the swine fled, and they told it in the city and in the country. And they went out to see what it was that had happened. Then they came to Jesus, and saw the one who had been demon-possessed and had the legion, sitting and clothed and in his right mind. And they were afraid. And those who saw it told them how it happened to him who had been demon-possessed, and about the swine. Then they began to plead with Him to depart from their region.”

Yeah, if someone came in and completely annihilated my entire stock of food, I would want him to leave, too!

“And when He got into the boat, he who had been demon-possessed begged Him that he might be with Him. However, Jesus did not permit him, but said to him, ‘Go home to your friends, and tell them what great things the Lord has done for you, and how He has had compassion on you.’ And he departed and began to proclaim in Decapolis all that Jesus had done for him; and all marveled.” Mark 5:1-20

And in the end, what’s new? Jesus did something to help someone ONLY so that the person he helped could go and tell the story and persuade others to praise him. Jesus never does anything in private and he only ever seems to help those in need when he has a crowd he can show off to. He’s like the guy that won’t donate to the ASPCA unless he gets that “free” t-shirt so that everyone will know that he donated, even though that t-shirt cost the very organization he is trying to “help out” financially.  Jesus knows that the best marketing is by word-of-mouth and never wastes an opportunity to spread that word– even if it is at the expense of others (as it is in this case). So, poor, innocent pigs have to die, people have to starve, and livelihoods have to be started over from scratch so that the demons could get what they so desperately wanted. But, at least Jesus got what he wanted out of it too, right? 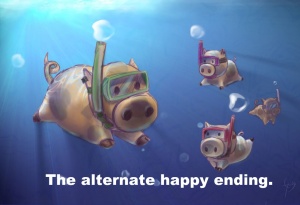 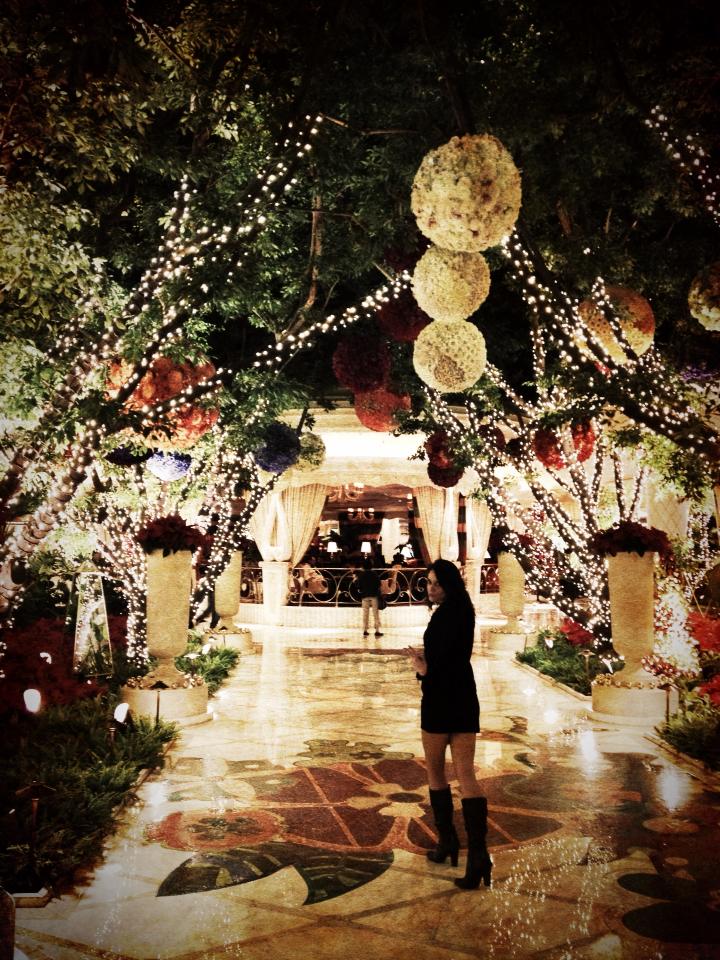 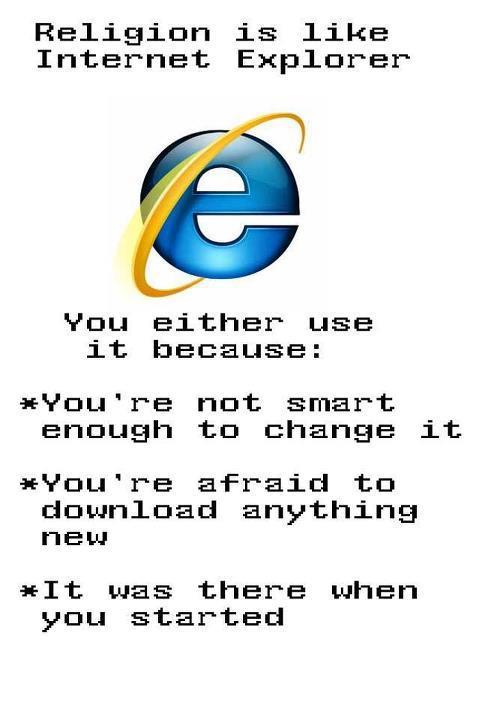